Scientists recorded in 2020 the 28 shortest days since 1960. Therefore, the Earth’s rush to complete its turns around its own axis led to the days ending a few milliseconds earlier than the average. The event is not particularly alarming, given that the planet’s rotation varies slightly constantly, driven by variations in atmospheric pressure, winds, ocean currents and the movement of the core.

Contents hide
1 Book Part or All of Your Next Adventure
1.1 Helping people all over the world learn about travel. Book Your Vacation!
1.2 Earth is in a hurry to end its days
1.3 Could the year have less than 365 days?
1.4 Earth in 2020 was in a hurry
1.5 Read too:
2 Search Millions of Chef Jobs
2.1 Amazon Affiliate Disclosure Notice

Thus, this faster spin of our planet could mean a second “negative” leap. 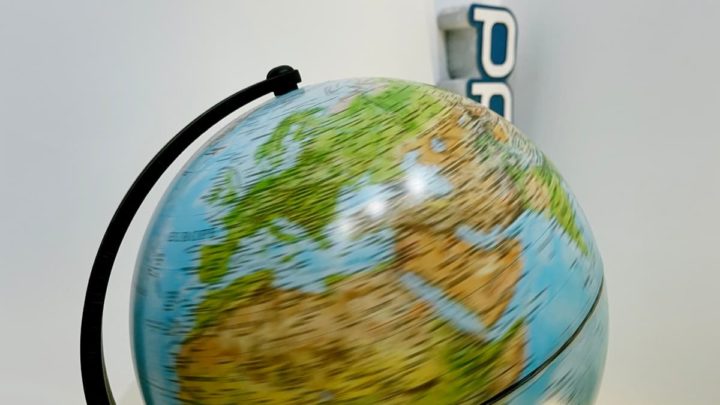 Earth is in a hurry to end its days

In many decades, the Earth was not as fast as what was recorded this year, strange in so many things. Being nothing alarming, it is, however, inconvenient for international timekeepers, who use ultra-precise atomic clocks to measure the Coordinated Universal Time (UTC) by which everyone sets their clocks.

When astronomical time, defined by the time it takes the Earth to make a complete rotation, deviates from UTC in more than 0.4 seconds, UTC gets an adjustment.

These adjustments consisted of adding a “leap second”, also known as “interim second” or “additional second”, to the year at the end of June or December. Thus it was possible to align astronomical time and atomic time again.

These leap seconds have been added, because the general trend of Earth's rotation has decreased since the beginning of accurate satellite measurement in the late 1960s and early 1970s. Since 1972, scientists added leap seconds each year and a half, on average, according to the National Institute of Standards and Technology (NIST).

Could the year have less than 365 days?

However, according to Time and Date, the recent acceleration in rotation da Terra made scientists speak for the first time about a second negative leap.

So, instead of adding a second, it may be necessary to subtract one. This is because average day length is 86,400 seconds, but an astronomical day in 2021 will be 0.05 milliseconds shorter, on average. Throughout the year, this will represent a 19 millisecond delay in atomic time.

It is quite possible that a second negative jump is necessary if the Earth's rate of rotation increases further, but it is too early to say whether this is likely to happen.

He referred physicist Peter Whibberley of the UK's National Physics Laboratory to The Telegraph.

2020 was already faster than usual, astronomically speaking. According to Time and Date, Earth broke the previous record for the lowest astronomical day, set in 2005, 28 times. The shortest day of that year, July 5, saw Earth complete a 1.0516 millisecond rotation faster than 86,400 seconds.

According to the regulatory authority, the shortest day in 2020 was July 19th, when the planet completed a lap 1.4602 milliseconds faster than 86.400 seconds.

According to NIST, interleaved seconds have their pros and cons. They are useful for ensuring that astronomical observations are synchronized with the clock time, but can be a nuisance for some data logging and telecommunications infrastructure applications.

Some scientists at the International Telecommunication Union have suggested letting the gap between astronomical and atomic time widen until a "leap hour" is needed. This would minimize the disruption to telecommunications (astronomers would have to make their own adjustments in the meantime).

As noted, the International Earth Reference and Rotation Systems Service (IERS) in Paris, France, is the entity responsible for determining whether it is necessary to add or subtract a second leap. Currently, IERS does not have new leap seconds scheduled to be added, according to the IERS Land Orientation Center.