Today 27 December the name day of who is called Giovanni is celebrated. Let’s find out the meaning of the name and the history of the saint remembered today. 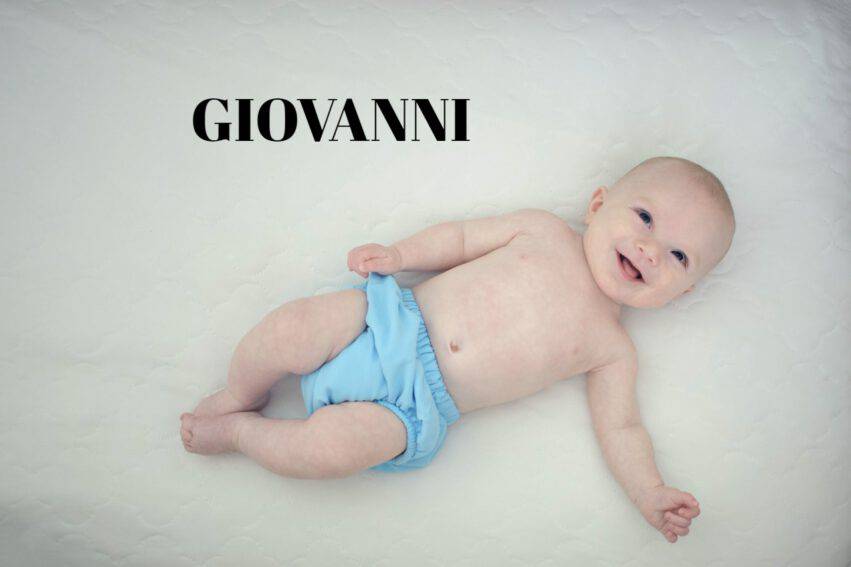 The name Giovanni of Hebrew origin means “God had mercy (or grace)” or “Gift of God“. In ancient times it was imposed on a long-awaited child born when the parents had lost hope.

People who have this name tend to be selfish and competitive but also a lot nice, courageous.

The male variants are:

The symbols associated with the name are:

The Saint of the Day: Saint John the Evangelist

As for the Saint, the December 27 celebrates St. John the Apostle and the Evangelist. IS’ the author of the fourth Gospel and of the Apocalypse, son of Zebedee and brother of James the elder.

Giovanni did not study at the school of rabbis and is therefore considered an “illiterate”. He is first a disciple of St. John Baptist. He begins to follow Jesus together with Andrew when the Baptist points him out to him as “Lamb of God.

He joins the other apostles when, intent on mending the nets on the shores of the lake, Jesus calls him and his brother James.

John he is the youngest of the apostles and is the favorite of Peter and Jesus. It is in fact John who, we read in the Gospel, is remembered as “the disciple whom Jesus loved“.

At the last supper he sits to the right of the Master and together with Peter he is the first to receive the announcement that Jesus is no longer in the tomb. And he is the first to believe that he has risen after going to check and finding the clothes on the ground.

After the resurrection, John, according to ancient traditions, left Jerusalem permanently, begins to spread Christianity in Asia Minor, ruling the Church of Ephesus and other communities in the region.

He suffers the persecution of Domitian (from 51 to 96): he is in fact summoned to Rome. Here Domiziono, after making him shave his hair as a sign of derision, has him immerse in a boiler of boiling oil. However, he comes out unscathed.

He is then exiled to the island of Patmos, until the death of Domiziono. Indeed, Nerva is tolerant of Christians.

He returns to Ephesus and dies over a hundred years old around 104 AD. He is the apostle, according to the scriptures, the youngest and the one who lives the longest.

St. John the Apostle is considered patron of:

Also for his torture in boiling oil protects all those exposed to burns or they have to do with oil, so:

Finally, it is invoked against poisoning and food poisoning.

Last curiosity: St. John is depicted as an eagle because he is thethe only bird that can look at the sun, that is Christ, without being dazzled.

So, do you single moms know enough to call your baby John? As you know, among other things, it is also possible to choose the day of the name day, as there are many saints with this name.